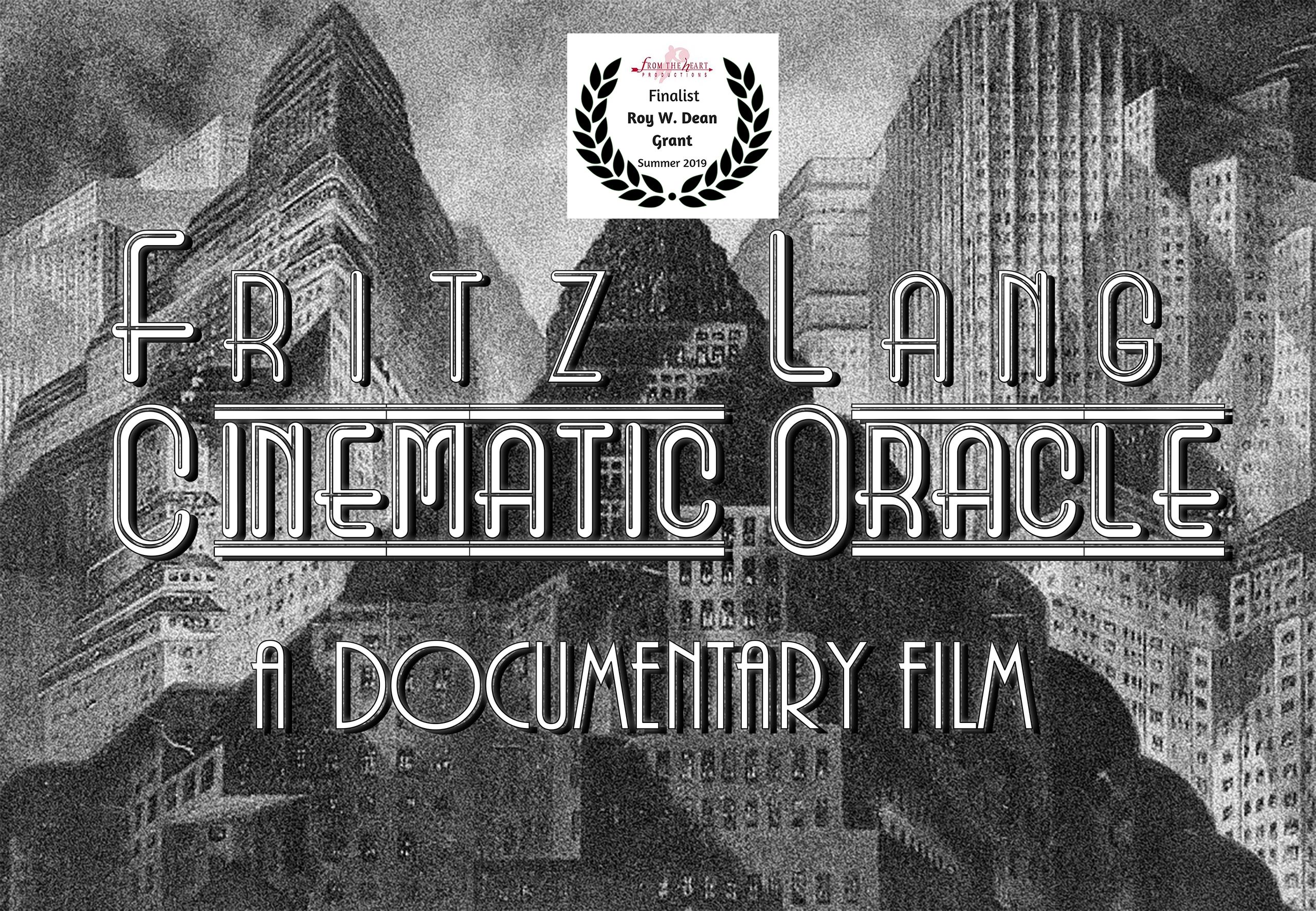 "FRITZ LANG: CINEMATIC ORACLE" is a proposed first feature length documentary film that will tell the definitive story of the turbulent life and career of pioneering and influential 20th Century Film Director FRITZ LANG. The film will cover his sweeping career as a visionary genre creator in Weimar Germany and his prodigious output as an emigre in Hollywood.

“FRITZ LANG: CINEMATIC ORACLE” will present his career, as a writer, director, and even an actor; from his earliest screenplay work in the 1910’s, through his prodigious output of the 1920’s   and continuing with his fleeing of Hitler’s Germany, and his emergence as a major Hollywood director, influencer of ideas, and innovator in sound films from the 1930’s, through the end of his career early in the 1960’s. Lang is a key figure in the development of the genres of science fiction, fantasy, spy, crime, and film noir; consistently bringing a distinct vision of realistic and imagined worlds, to every film he directed. All of Lang’s output will be covered and “FRITZ LANG: CINEMATIC ORACLE” will bring to life his ground breaking innovations to cinema along with connecting his sometime turbulent life which, at times seemed like a plot from some of his films. These life events include suspicions of murder, betrayal, intrigue, and entanglement with the Hollywood blacklist.

Beginning with Lang’s earliest writing efforts for UFA, the German state run film corporation, and continuing through his graduation to full-fledged director, both in Germany and later the United States, his prodigious contributions to cinema will be illustrated with excerpts from all his films, interwoven with interviews with film experts, surviving colleagues, and a narrative of the corresponding life events which took place in close concert with the production of his films.  The correlation between his work and influence on other films will be illustrated with extensive excerpts from his films, and along with the testimony of the witnesses and film experts will bring Lang’s significant cinematic contributions to into sharp focus. The film will take advantage of previously unseen footage from several of his films and recent restorations of others to present Lang’s career with the long overdue significance that it so richly deserves.

Sign up to hear from us about the Latest Project News

Drop us a line!